Problems of Everyday Life And Other Writings on Culture and Science 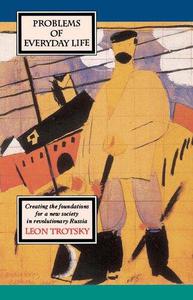 Problems of Everyday Life: And Other Writings on Culture and Science By Leon Trotsky
1998 | 352 Pages | ISBN: 0873488547 | PDF | 7 MB
Articles from the early Soviet press on social and cultural issues in the struggle to forge new socialist women and men.Leon Trotsky was one of the most prominent leaders of the Russian Revolution in 1917. He was one of the primary contenders for the leadership of the Bolshevik Party in 1922 after the death of Lenin. When Stalin took this post, Trotsky swiftly concluded that the Revolution had been undermined. He was expelled from the Communist Party in 1927 and subsequently went into exile in Mexico, where he was assassinated by Soviet agents in 1940.