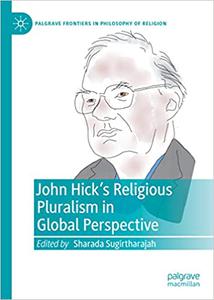 Sharada Sugirtharajah, "John Hick's Religious Pluralism in Global Perspective "
English | ISBN: 3031110072 | 2023 | 357 pages | PDF | 6 MB
This volume contains fresh scholarly contributions to mark the birth centenary of John Hick, the internationally well-known philosopher of religion, whose works continue to have significant global relevance in today's religiously diverse and conflict-ridden world. His writings have reset the parameters of religious pluralism. Up till now, Hick's religious pluralism has been mainly seen in relation to the Western context where Christianity is the predominant religion. This volume includes both Western and non-Western engagement with his thinking in contexts such as Japan, China, Korea, Nigeria, and India, where Christianity is a minority religion with little political power. Its distinctiveness lies in widening the debate on religious pluralism by bringing Hick's pluralistic hypothesis into a constructive cross-cultural and interreligious conversation with scholars of Hinduism, Jainism, Daoism, Judaism, Christianity, Islam and African traditional religions. In doing so, this collection examines how Hick's philosophy of religious pluralism has been received, appropriated and appraised by these scholars. It has been appreciated and critiqued in equal measure, and continues to impact on current thinking on religious pluralism. This volume makes a significant contribution to the debate initiated by Hick.