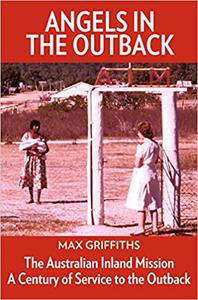 Max Griffiths, "Angels in the Outback: The Australian Inland Mission: A Century of Service to the Outback"
English | ISBN: 1921719583 | 2012 | 352 pages | EPUB | 10 MB
Just before World War I, Australia's outback suffered from the decline of its goldmines and the hard times on its pastoral runs. The white inhabitants were few, and were rarely if ever visited by clergymen, doctors, or nurses. The region's long-distance mailman was the most regular visitor, but the letters and newspapers he brought were sometimes weeks old. It was the Reverend John Flynn, a young Presbyterian clergyman from Victoria, who set out to ease the loneliness of many outback people. Working under the banner of his Australian Inland Mission, Flynn eventually was helped by travelling padres who held religious services where two or three people were gathered together. He was also assisted by young nurses who opened makeshift hospitals far from the doctor's surgery. The difficulties that they faced are traced in this book. We meet Sister Latto Bett, travelling on an open trolley along one of the few outback railways and holding up an umbrella to protect her from the intense heat. We glimpse Padre Plowman riding a camel, for it was still the main carrier in a vast arid area. In the late 1920s, the world's first flying doctor service was founded. It was made possible by Flynn's supporters: a young and dedicated Melbourne doctor named George Simpson, along with Alfred Traegar of Adelaide, who devised a pedal wireless that linked outback homesteads and camps with the faraway pilot and doctor, as well as the engineers who managed to fit a stretcher inside the cramped cabin of the tiny Qantas aircraft of that era. Above all, Flynn received financial help from two Victorians - the Reverend J.A. Barbour and H.V. McKay, the celebrated maker of harvesting machines. Tens of thousands of other Australians, many of whom were poor, donated the money that spread this aerial network across the continent. After Flynn died, his role as leader was taken up by Fred McKay, a North Queenslander, and then by Max Griffiths, who is the author of Angels in the Outback. This remarkable story is told for the first time in all its detail and with the understanding of an insider. The people and the atmosphere of the times are carefully brought to life, weaving together important strands of Australian history.