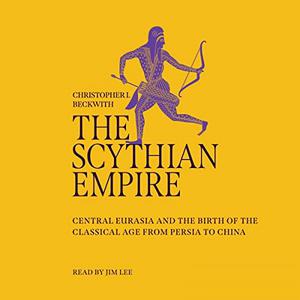 A rich, discovery-filled account of how a forgotten empire transformed the ancient world. In the late 8th and early 7th centuries BCE, Scythian warriors conquered and unified most of the vast Eurasian continent, creating an innovative empire that would give birth to the age of philosophy and the Classical age across the ancient world-in the West, the Near East, India, and China. Mobile horse herders who lived with their cats in wheeled felt tents, the Scythians made stunning contributions to world civilization-from capital cities and strikingly elegant dress to political organization and the world-changing ideas of Buddha, Zoroaster, and Laotzu-Scythians all. In The Scythian Empire, Christopher I. Beckwith presents a major new history of a fascinating but often forgotten empire that changed the course of history.
Fikper
5vfdg.rar.html
Rapidgator
5vfdg.rar.html
NitroFlare
5vfdg.rar
Uploadgig
5vfdg.rar
Please Help Me Click Connect Icon Below Here and Share News to Social Network | Thanks you !
Download from:
DOWNLOAD
voska89
18 January 2023
Add
to favorites
Comment to post(0)
Information
Users of Guests are not allowed to comment this publication.
Adventising
Friends
Best Hosting & VPS OneDDL.org DesireFX 0Day Home