Pragmatism and The Meaning of Truth [Audiobook] 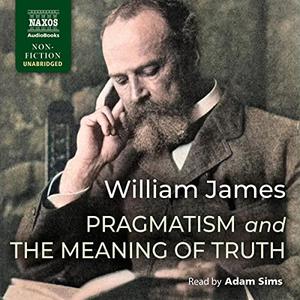 Pragmatism and The Meaning of Truth (Audiobook)
English | January 11, 2023 | ASIN: B0BS28QJG5 | [email protected] kbps | 11h 42m | 650 MB
Author: William James | Narrator: Adam Sims
William James was one of the most influential figures in 19th-century American philosophy and psychology. His Pragmatism is a set of lectures that he gave in 1906-07 in answer to the enduring debate between empiricism and rationalism. Shifting between them, he proposed pragmatism as a method, the idea being that the value of any truth is dependent upon its utility-upon its practical and experiential consequences. To address the critical response to his ideas that followed, he produced in 1909 The Meaning of Truth, collecting together further writings on the issue to consolidate and reinforce his position. With a gift for language akin to that of his brother Henry, his work remains both highly enjoyable and thought-provoking.