BEYOND The Stars by Scott Overton 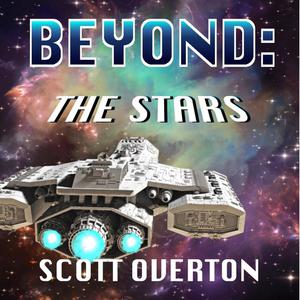 BEYOND: The Stars by Scott Overton
English | [email protected] kbps | 1h 29m | 122.8 MB
Three thrilling short stories of adventure among the stars:A solo pilot in deep space risks losing his sanity when his ship is invaded by disembodied thoughts.A marathon runner on a dangerous desert planet discovers that it may not be uninhabited after all.The crew of a survey ship encounters a powerful being with an injury that will test their every belief.Node Of ThoughtA spaceship pilot on a solo mission between the stars begins to see visions of other people. Are they trace thoughts from others who've passed that way? It's not just an academic question when the ship's computer starts to obey commands that aren't his.Marathon of the DevilIn a death-defying marathon on a desert planet, Eli Marone has managed to get lost. It's now a race for survival, especially when the barren world might not be so lifeless after all.The RiftTwenty-seven years after a reckless experiment created a vast rift across the galaxy, a survey ship's crew encounters a being with strange abilities and an even stranger disability. What they learn will test every belief they've ever had.