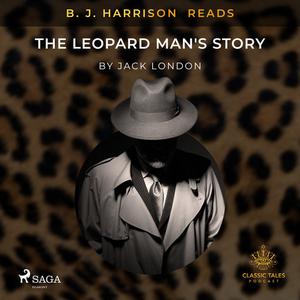 B. J. Harrison Reads The Leopard Man's Story by Jack London
English | [email protected] kbps | 10 min | 13.7 MB
"King" Wallace is a lion-tamer, who has been viciously murdered by a man who hated him. Now everyone wants to know who the murderer is. The "Leopard Man" is a leopard trainer with mysterious scars on his arms. He finds out that the murderer attended every performance of the lion-tamer in hope of seeing the lion tear his trainer apart. Who is the murderer and why did he hate the lion trainer so much? Who does the "Leopard Man" suspect and will he be able to reveal the truth? What will happen to the murderer at the end of this mystery story?Find the answers in Jack London's short story "The Leopard Man's Story" published in 1903.

B. J. Harrison started his Classic Tales Podcast back in 2007, wanting to breathe new life into classic stories. He masterfully plays with a wide array of voices and accents and has since then produced over 500 audiobooks. Now in collaboration with SAGA Egmont, his engaging narration of these famous classics is available to readers everywhere.
Jack London (1876-1916) was an American writer and social activist. He grew up in the working class, but became a worldwide celebrity and one of the highest paid authors of his time. He wrote several novels that are considered classics today, among these are 'Call of the Wild', 'Sea Wolf' and 'White Fang'.
Fikper
m925u.rar.html
Rapidgator
m925u.rar.html
NitroFlare
m925u.rar
Uploadgig
m925u.rar
Please Help Me Click Connect Icon Below Here and Share News to Social Network | Thanks you !
Download from:
DOWNLOAD
voska89
18 January 2023
Add
to favorites
Comment to post(0)
Information
Users of Guests are not allowed to comment this publication.
Adventising
Friends
Best Hosting & VPS OneDDL.org DesireFX 0Day Home