Zenobia the Warrior Queen who dared to threaten the power of the Roman Empire. Zenobia was born around 240 AD in Palmyra, at that time a Roman province. As she was given the name Julia Aurelia Zenobia. Zenobia's Empire reached across Egypt all the way to modern day Turkey. She was descended from the Ptolemaic Macedonian Kings of Egypt and equalled in beauty her ancestor Cleopatra. Zenobia led the revolt against the Roman Empire headed by the 44th Roman Emperor Aurelian conquering Egypt and parts of Asia Minor and by the year 271AD had gained control of a third of the Roman Empire. Eventually she was to be defeated and paraded through the streets of Rome in Golden Chains at the head of Emperor Aurelian's Triumph after which she was released and spent the rest of her life living in peace and luxury in a Palace just outside Imperial Rome.

Zenobia with her teeth of a pearly whiteness, and her large eyes which sparkled with uncommon fire, tempered by the most attractive sweetness and slim heroic figure comes to you today in beautiful HD (4096 x 4096) boasting 11 Eye colours, 10 Make-up options, 10 Lip colours and 10 Nail and Toenail options. She is ready for all occasions and she will quickly captivate you with her renders. 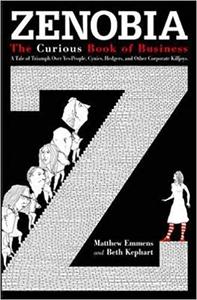